Why did yoga become so popular? 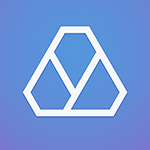 This is the first in the series of stories about the world of yoga, brought to you by Yoganotch, the smart yoga assistant that gives live feedback on asana form when you practice alone. Yoganotch app is free on the App Store and can be paired with Yoganotch motion sensors for technique analysis and feedback.

Yoga is the fastest growing exercise in the US. Now more than 55 million people in the US practice yoga regularly[1]. Over 200 million (!) people have already tried it[2] and plan to practice it more next year. Of course, planning to practice and practicing is not the same. But if the history of yoga teaches us anything it is that yoga is not only here to stay, but is here to become even more popular. Why?

Yoga is popular thanks to a long list of natural and historical reasons.

Yoga is popular because it is REALLY effective. When practiced carefully and consistently yoga improves our well-being both subjectively and objectively. The purpose of yoga is self-fulfilling, enjoying your practice means to actually be well, as yoga benefits go way beyond the mat.

Yoga’s benefits don’t just stop at making you feel better. By this time lots of studies have shown that yoga can help us improve some of the most serious health conditions.

The list of yoga health benefits can go on. You can become stronger, happier, healthier, and more balanced with yoga. There is just one condition. You should practice consistently and carefully. Luckily with yoga, every next practice comes easier.

If yoga makes you healthier and happier, is it enough to make it popular? Why would yoga that has been around for thousands of years explode in popularity in the early 21st century? Did the world suddenly wake up to understand, what is the meaning of yoga.?

First of all where yoga originates and when was yoga invented do not lead us to the same point in time and space. Yes, asana roots may go deep into hinduism. Hatha yoga is traced back to 11th century and there are numerous theories of where did yoga come from more specifically. But the form of yoga that most of us practice today is a relatively modern system. Our yoga is very much a reflection of our times.

Yoga has become the perfect reflection of our times. Yoga is old and new. It managed to stay in touch with its 5000-year-old roots but changed as the times changed and helped us change with it. Maybe being able to stay the same and change at the same time is, in fact, the very nature of popularity.

Eszter Ozsvald is the founder and CTO of Notch, a motion-tech company based in New Y...

How to pick the best yoga app?

Check out this guide if you are looking for the best yoga app with the beginner yoga...